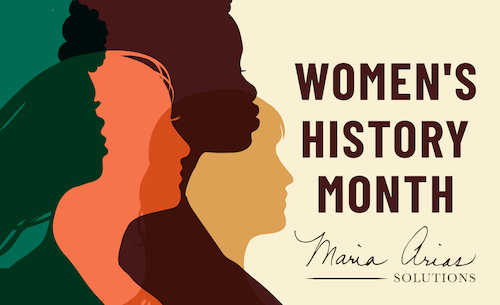 Celebrating women in the United States was initially established in 1981, when Congress passed a law requesting that the president designate the week of March 7, as women’s history week for the purpose of celebrating the achievements of women. Later, in 1987, Congress passed a law designating the entire month of March as women’s history month, following a petition by the national women’s history project. While there are many notable achievements of women, here we highlight several women who set precedent in the legal profession across the centuries.

Arabella Babb Mansfield
Belle Mansfield was the first woman admitted to a state bar in the United States in 1869. She was 23 years old and graduated from Iowa Wesleyan College as valedictorian. Although she didn’t attend law school, she passed the bar exam after working in her brother’s law firm.

Belva Ann Lockwood
In 1879 Belva Lockwood became the first female member of the U.S. Supreme Court Bar. She was an advocate for women’s suffrage, equal pay for women, world peace, and non-violence. In addition to being a practicing attorney she also ran for president in 1884 and 1888 for the National Equal Rights Party. She was not the first woman to run for president, but she was the first woman to have her name printed on official ballots.

Lyda Burton Conley
Lyda Burton Conley was the first Native American woman Lawyer. She was admitted to the Missouri State bar in 1902 and is best known for her defense of Native American land, namely the Huron Place Cemetery in Kansas City, Kansas where members of her tribe, the Wyandot tribe, were buried. She protected the cemetery from repeated attempts by the federal government to break an 1855 treaty and sell the land. They were unsuccessful when the Supreme court rejected the claims that it could be sold.

Florence Ellinwood Allen
Florence Ellinwood Allen was appointed by President Franklin D. Roosevelt to the United States Court of Appeals for the Sixth Circuit in 1934. She was the first female federal appellate court judge in the country. Florence’s career was filled with firsts. She was the first woman in the country to be appointed as an Assistant Prosecutor for Cuyahoga County, Ohio and went on to become the first woman elected to a judgeship and sit on a state supreme court. On her 50th birthday she was appointed to the Sixth Circuit, holding her position for 25 years until her retirement at 75.

Sandra Day O’Connor
Sandra Day O’Connor was the first woman appointed to the U.S. Supreme Court by President Ronald Reagan in 1981 with a 99-0 vote to confirm. Prior to becoming a U.S. Supreme Court justice, O’Connor served as the assistant Attorney General of Arizona, as well as an Arizona Republican senator. In 1973 became the first woman to serve as a state Majority Leader.

Women have been paving the way in the legal field for over 200 years. At LSYWC we want to recognize just a few of the amazing women who worked to afford new opportunities for other women in the legal profession.