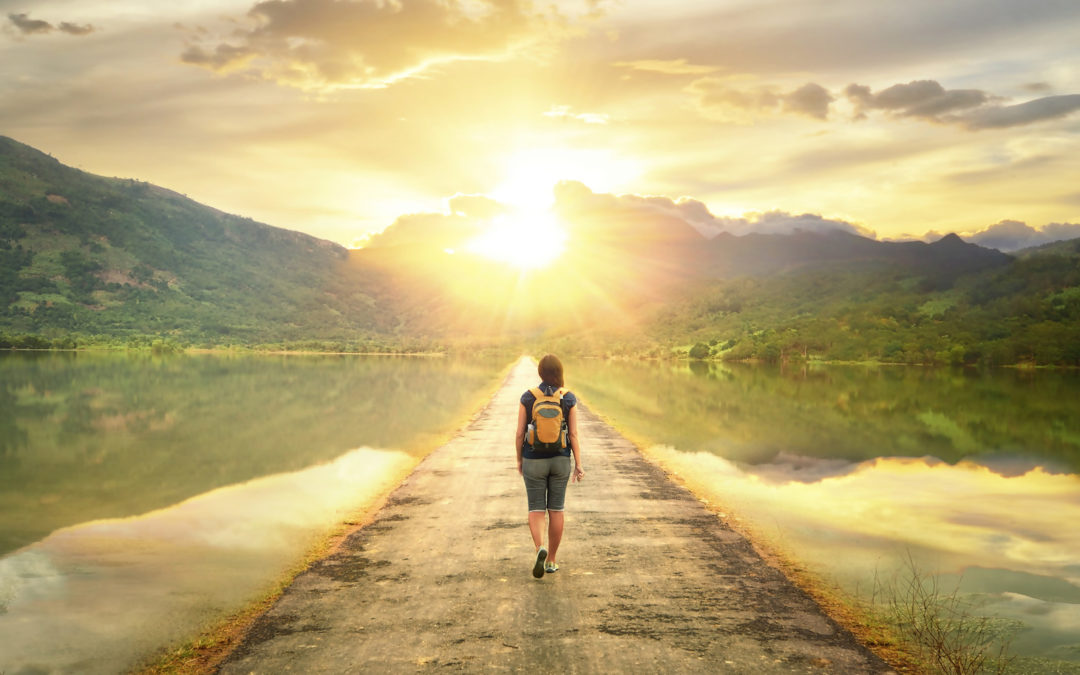 Undoubtedly, minorities and immigrants have an uphill climb when it comes to finding lucrative jobs and careers. But one of the advantages that comes from this struggle is the ability to adapt, grow, and change; all critically important traits needed to achieve success. These traits, coupled with a measure of fearlessness and willingness to take calculated risks, is what I call Career Progression.

After working my way through undergrad at DePaul University and law school at the Northwestern Pritzker School of Law, I began my career as a lawyer at a large firm in Chicago. And although I was on a great trajectory at my firm, I took a big risk and went to AT&T managing the law firms they used.

As luck would have it, I was moved to the regulatory team at a time when AT&T was litigating very important cases, and I was assigned to work with the Chief Regulatory Lawyer in Chicago.  I could have said no but I knew these cases would get me exposure and visibility to the top lawyers and business people.

To be successful, it’s not enough to work hard and be good at what you do, people in your group and across your organization need to know who you are.

As second in command to Chief Reg, I learned about the network, I learned the role of politics, and I learned to lobby. Gaining exposure in this role was key. I was offered the chance to speak at a conference in front of 500 attorneys — with the most senior lawyers of the company.  I could have said no, but instead, I prepared, and did well on my presentation. Shortly after that speaking engagement, I was asked to move to Denver and become the Chief Regulatory Counsel here.

As AT&T started buying cable companies, when I heard that my former boss was going to be the top cable lawyer, I asked him to move me over to cable.  My phone colleagues thought I was crazy to give up the security of Ma Bell – the mothership.  But, my gut told me to go — and I did — without a fancy title, or a concrete job. What I did have was a chance to learn a new business and the opportunity to work on a variety of projects to prove myself.

I then took another big risk by accepting the lead role on a major cable rate increase project. It was a job that no one wanted! If it went bad, I knew my career was over. But, I knew it would give me exposure to the leaders of the cable business. After that successful project, I was given my first VP role, managing hundreds of professionals and lawyers across the country.

Career progression means planning, having goals, taking risks, and being strategic.  I think you can tell by now I took a lot of risks. And I continued to do so later in my career when I had the chance to take more senior legal roles in either coast.  But I did not want to move my daughters away from their Dad. That’s when I made the decision to take on a non-lawyer role in cable operations with Comcast.

That was a pivotal decision because I took a step back financially—lower pay, lower bonus, etc.  I went from having been in legal corporate roles, to a cable division, and then an area cable ops role.  But I was on the front lines of the cable business, managing sales, marketing, technical operations, and dispatch. I was running a 300 million dollar business.

Since I did well in cable ops, I was nominated for Comcast’s Executive Leadership program. At that time, I was commuting to Columbus, Ohio every other weekend to help my husband through chemotherapy.  And I almost dropped out — but, then, I remembered my parents’ sacrifices. I realized that if something happened to my husband, I needed to be in a position to take care of our 5 children.

So, I did a three city tour for six months, Colorado Springs, Columbus, and Philadelphia, and I volunteered to do the graduation speech partly because I knew it would be great exposure to the CEO and his C-suite executives.  I knew this could be a defining moment.  I researched and prepared and I nailed it.  I immediately received a variety of calls for more senior business roles, but I also received a call for the diversity role at Comcast, and that one struck me as the hardest and most risky but also the most meaningful considering my bi-cultural journey.

There was no Diversity and Inclusion team, but there were about 158 public diversity commitments that had to be met within certain time frames. It was a very public facing role and I knew nothing about diversity as a practice area, but I knew that all my experiences could help me build a department and shape a program to tackle the institutional inertia that inhibits diversity.  Even though I was on the fast track in cable operations—the diversity role was a direct path to the C-Suite.  So I took it!

Being in the C-Suite came with some very tough challenges, but I pulled off the scrap metal, learned the unwritten rules, built alliances, and built a great team.  It took 7 long years, but I took Comcast from not being on the map, to number 1 on Fortune for Diversity and Inclusion.

So, why would I leave a corporate executive role after such a long road to get there? Simply, because I could… Following my mother’s example, I saved, invested, and had the freedom of choice to retire at 56 from corporate America. I moved to Denver, Colorado, because Denver is my happy place.  This is where I met my husband, this is where I raised my children, and this is where I celebrate life with an amazing network of friends.

Today, I’m able to ‘pay it forward’ by serving as the Executive Director of a non-profit organization called Law School Yes We Can. Founded by Federal Judge Christine Arguello, Law School Yes We Can is a unique team mentoring program for first generation and low-income college students who want to go to law school. I’ve never run a non-profit or done fundraising before — but that’s never stopped me before! In addition to the non-profit work, I also do diversity and strategic planning work for a variety of clients.

My bi-cultural journey is not over, it’s evolving. Your bi-cultural journey is not a static one. It will be filled with ups and downs and unexpected twists and turns. As you wrestle with your identity and the expectations of your family and yourself, there will indeed be trying, gut-check moments where only you can decide what parts of your faith, family and culture will remain and what will need to be let go. But remember, it isn’t solely a name or a religion or a country that defines all of who you are! You get to decide what defines you and I can think of no greater legacy than giving back to help those walk the path that you have walked.

In parting, I encourage you to consider these take-aways and calls to action on your own bi-cultural journey: